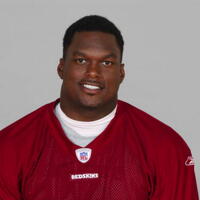 What is LaVar Arrington's Net Worth?

LaVar RaShad Arrington was born on June 30, 1978, in Pittsburgh, Pennsylvania, to Michael, a military man and ordained minister, and Carolyn, a special education teacher in the Pittsburgh public school system. He went to North Hills Senior High School where he played linebacker and running back for the football team. LaVar was named the 1996 Parade National Player of the Year, the Bobby Dodd National High School Back of the Year, the Gatorade Player of the Year, and USA Today Pennsylvania Player of the Year. He became the second player in state history to rush for more than 4,000 career yards in class 4-A, compiling 4,357 yards on 711 attempts with 72 touchdowns. He was also a standout sprinter and recruited to play basketball for Georgetown, North Carolina, and UMass. But he decided to attend Penn State University on a football scholarship.

LaVar Arrington played for Joe Paterno's Nittany Lions football team from 1997 to 1999. He built a reputation for making flashy plays and even had one become known as "The LaVar Leap." He appeared on the cover of the "Sports Illustrated" 1999 College Football Preview and was a Heisman Trophy candidate. Arrington won the Dick Butkus Award, Chuck Bednarik Award, and Lambert Award in 1999 and was an All-Big Ten selection and First-team All-American in 1998 and 1999. He declared for the NFL Draft after his junior season.

With the second overall pick in the first round of the 2000 NFL Draft, the Washington Redskins selected LaVar Arrington. He played with the team from 2000 to 2005 where he was a three-time Pro Bowler, two-time Second-team All-Pro, and named to the PFWA 2000 All-Rookie Team. After Arrington signed an extension with Washington, his agent, Carl Poston, was found to have mishandled the contract and was suspended for two years by the NFL Players' Association. He was accused of neglecting to inspect the final revision in which $6.5 million in bonuses from earlier drafts were missing. In 2006, LaVar Arrington bought his free agency from the Washington Redskins by paying them $4.4 million.

In April of 2006, Arrington agreed to terms with the New York Giants. But in week seven, he was injured in a game against the Dallas Cowboys and missed the rest of the season. He was released by the team the next year.

LaVar Arrington was involved in a serious motorcycle accident in Maryland in June of 2007 when he lost control of his Kawasaki Ninja and hit a guardrail. He was rushed to the hospital in serious but stable condition after breaking his right forearm and lower vertebrae and receiving deep cuts to his leg. He had intended to play the 2007 NFL season, but in September of that year, a "New York Daily News" article announced his retirement.

LaVar Arrington's eight-year, $68 million extension with the Washington Redskins included a signing bonus of $4.2 million. He did not earn the full amount from this contract. In 2006, Arrington signed a seven-year, $49 million contract with the New York Giants only to be released one year later.

Over his seven year NFL career, LaVar Arrington earned a total of $44 million in salary alone. 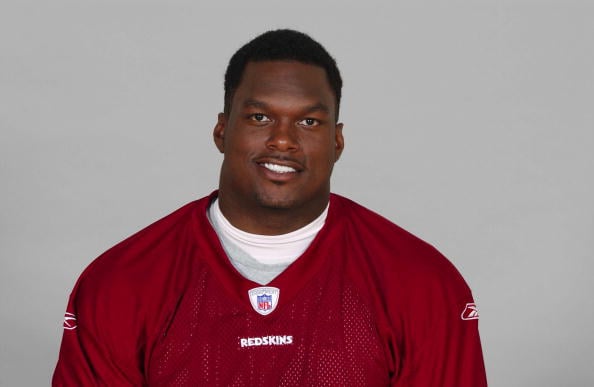 LaVar Arrington and his wife, Trishia, have four children together. The couple lives in Anne Arundel County, Maryland. LaVar has a younger brother, Eric, and an older brother, Michael, who played basketball at Slippery Rock University.

Arrington went on to do some broadcasting work after retiring from the NFL. He started doing pregame and postgame shows for Comcast SportsNet before becoming a permanent member of the Comcast team later on. He also had a weekday afternoon radio talk show in Washington, D.C. called "The LaVar Arrington Show with Chad Dukes." In 2014, Arrington joined the "NFL AM" program on NFL Network, and in 2019 he became a football analyst on FS1 for "Speak For Yourself."

LaVar appeared in some television commercials for Eastern Motors alongside fellow athletes Clinton Portis, Sean Taylor, Carmelo Anthony, and Antawn Jamison. He also made an appearance on a 2002 episode of TLC's "While You Were Out" in which he helped redesign a room for his brother, Michael. Arrington was also a judge on ESPN's "Dream Job."

LaVar Arrington formed sports agency Leap Management in 2008, and in 2010 founded Xtreme Procision, a football training system offering camps nationwide with state-of-the-art technologies aimed at accelerated development for the next generation of players.

Arrington opened a restaurant named The Sideline in Landover, Maryland, in January of 2008 only for it to go bankrupt and close down in December of 2009 after one man was killed and six others were injured outside of the main entrance due to an argument that ended with gunfire.