How much is Larry English Worth?

Larry English net worth: Larry English is an American former professional football player who has a net worth of $8 million. Larry English was born in Aurora, Illinois in January 1986. He was a defensive end and outside linebacker who played at Marmion Academy. English played his college football at Northern Illinois and was named two time MAC Most Valuable Player, MAC Defensive Player of the Year, and three time All-MAC. He was drafted #16 by the San Diego Chargers in the 2009 NFL Draft. English played for the Chargers from 2009 to 2013 and for the Tampa Bay Buccaneers from 2014 to 2015. During his career he had 103 tackles, 12 sacks, and two forced fumbles. English appears on the reality television series WAGS with his fiancée Nicole Williams. Before entering the NFL he scored a 34 on the Wonderlic Test, which was one of the highest scores ever for his position. 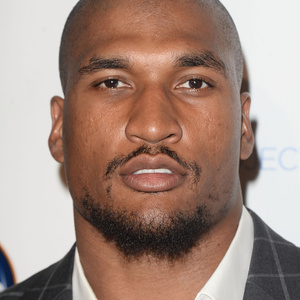