Larry Allen Net Worth: Larry Allen is a former American football player who has a net worth of $22 Million. Born Larry Christopher Allen, Jr. on November 27, 1971, in Los Angeles, California, he played as a football guard for fourteen seasons in the National Football League (NFL). Having the talent but not the grades, Allen couldn't play Division I football, so instead he attended Butte College in Oroville, California. In his two years there, he was named to the All-Conference and All-State teams both seasons. Next, he spent one year not attending any school, before rounding up his college career at Sonoma State University, a Division II school north of San Francisco. He had two more years to showcase his football skills which earned him a place in the East-West Shrine Game and the Senior Bowl. It was in 1994 that he was selected by the Dallas Cowboys in the second round of the NFL Draft that year. Allen remained with the Cowboys for 12 seasons and earned a Super Bowl ring with the team after a 27–17 win over the Pittsburgh Steelers in Super Bowl XXX. He only spent the final two seasons with the San Francisco 49ers, before re-signing a one-day contract with the Dallas Cowboys, thus retiring as a Cowboy. Overall, he was an 11-time Pro Bowl selection, or in other words, he has played in more Pro Bowls than any other Dallas Cowboys offensive player in franchise history. Standing at 6 ft 3 in height and weighing 325 pounds, Larry Allen has also been considered as one of the physically strongest men to have ever played in the NFL. On February 2, 2013, he was inducted into the Pro Football Hall of Fame. 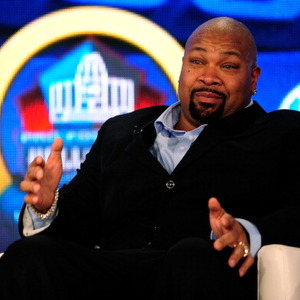