Lane Johnson net worth: Lane Johnson is an American professional football player who has a net worth of $4 million. Lane Johnson was born in Groveton, Texas in May 1990. He is an offensive tackle who was All-district and an honorable mention All-State playing quarterback at Groveton High School. Johnson played his college football at the University of Oklahoma where he was named Second-team All-Big 12 in 2012.

He was drafted #4 by the Philadelphia Eagles in 2013 and has played for the Eagles his entire NFL career.  Johnson signed a four year deal worth just short of $20 million in 2013. He tested positive for performance enhancing drugs in 2014 and was suspended for four games. 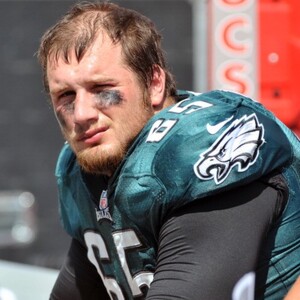