Early Life and Career Beginnings: LaDainian Tomlinson was born in 1979 in Rosebud, Texas to Loreane and Oliver, the latter of whom left the family when Tomlinson was seven. At the age of nine, he joined the Pop Warner Little Scholars football program, with which he scored his first touchdown. As a teen, Tomlinson went to University High School in Waco, Texas, where he played football, baseball, and basketball, and also ran track. During his senior year as an offensive player, he racked up 2,554 yards and 39 touchdowns.

College Career: In 1997, Tomlinson won an athletic scholarship at Texas Christian University in Fort Worth. During the 1998 season, he led the TCU Horned Frogs to its first bowl win in 41 years, defeating the USC Trojans at the Sun Bowl. The next season, he set an NCAA FBS record for most rushing yards in a single game, with 406. Tomlinson closed out the season with an NCAA-leading 1,850 yards rushing.

For his senior season, Tomlinson led the NCAA once again with 2,158 yards and 22 touchdowns; he was consequently recognized as a unanimous first-team All-American. He also won the Doak Walker Award as the best running back in the country, and was a finalist for the 2000 Heisman Trophy. Tomlinson finished his college career with 5,263 rushing yards, the sixth most in NCAA Division I history. He graduated from TCU with a degree in communications.

San Diego Chargers: In 2001, Tomlinson was selected by the San Diego Chargers as the fifth overall pick in the NFL Draft. Immediately, he became the starting running back on the team. During his rookie season, he ran for 1,236 yards, and in 2003, became the first ever NFL player to rush for 1,000 yards and record 100 receptions in a single season. Moreover, he was elected to the Pro Bowl team in 2002, 2004, 2005, and 2006. In 2005, he became the seventh player in NFL history to run, throw, and catch for a touchdown in the same game. He finished the season with 1,462 rushing yards, 370 receiving yards, and 20 touchdowns. In the 2006 season, he set records by scoring 14 touchdowns across four games, 16 touchdowns across five, and 19 touchdowns over the span of six. Tomlinson became the fastest player ever to score 100 touchdowns, doing so in 89 games.

In 2007, Tomlinson earned the NFL Most Valuable Player Award for his record-breaking season, winning 44 of 50 votes from a panel of sportswriters and broadcasters. He also won the Offensive Player of the Year Award from the Associated Press, and received ESPY Awards for Male Athlete of the Year, Best Record-Breaking Performance, and Best NFL Athlete. The next season, Tomlinson continued his success by becoming the fourth fastest NFL player to reach 10,000 rushing yards. After a string of injuries and disappointments in 2008 and 2009, Tomlinson was named to the NFL's 2000s All-Decade Team. During the decade, he made 138 rushing touchdowns, the most made during any decade in the NFL. In 2010, Tomlinson was released by the Chargers. 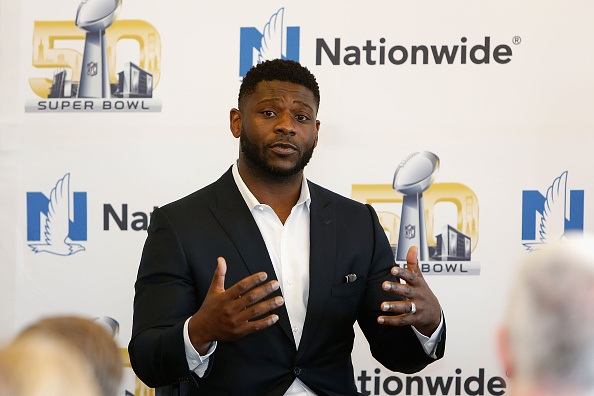 New York Jets: In March of 2010, Tomlinson signed a two-year, $5.2 million contract with the New York Jets. In a game against the Buffalo Bills, he recorded his first 100-yard rushing game in close to two years. Later, he achieved a career milestone by becoming one of only two players in NFL history to gain 13,000 yards rushing and 4,000 yards receiving. In the AFC wild card playoffs against the Colts, he rushed for 82 yards in a 17-16 victory. In the AFC Divisional playoffs, he rushed for 49 yards and caught a touchdown in a win against the Patriots. The Jets ultimately lost the Championship Game to the Steelers.

In September of 2011, Tomlinson made his 160th career touchdown, becoming only the third player to hit that number. In October, he became the sixth NFL player to reach 18,000 yards from scrimmage, and the fourth running back to make 600 career receptions. In a January 2012 game against the Dolphins, Tomlinson passed Jerome Bettis for fifth place on the list of all-time rushing yards.

Retirement: After signing a ceremonial contract with the Chargers in June of 2012, Tomlinson announced his retirement. At the time, he ranked second in career rushing touchdowns and third in total touchdowns. Moreover, his 624 receptions were the third highest ever recorded by a running back in the NFL. In 2017, Tomlinson was inducted into the Pro Football Hall of Fame.

Other Endeavors: Off the field, Tomlinson has made a number of media appearances. Among them, he was featured in commercials for brands including Nike, Vizio, and Campbell Soup. In 2012, he became an analyst on "First on the Field," NFL Network's Sunday morning show. Later, in 2016, Tomlinson was cast in the film "God Bless the Broken Road," which was released in 2018.

Personal Life and Real Estate: While attending TCU, Tomlinson met fellow student LaTorsha Oakley; they later married in 2003. Together, the couple has a son and a daughter. In 2007, Tomlinson purchased a 4,274-square-foot, three-bedroom and four-and-a-half-bathroom home near Austin, Texas. Fronting Lake Travis, it featured a covered patio overlooking a swimming pool and spa. They sold this home in 2015 for $1.46 millin. Tomlinson previously had a 13-acre estate in Poway, California. He bought this house in 2004 for $3.5 million and proceeded to invest $1.5 million on improvements. In August 2014 he sold this property for$3.5 million. 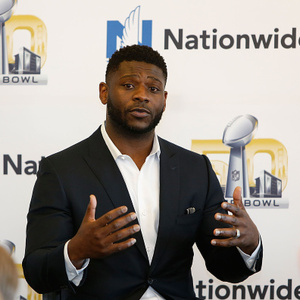