Kyle Rudolph net worth: Kyle Rudolph is an American professional football player who has a net worth of $16 million. Kyle Rudolph was born in Cincinnati, Ohio in November 1989. He is a tight end who played at Elder High School as a USA Today High School All-American. Rudolph played his college football at Notre Dame. 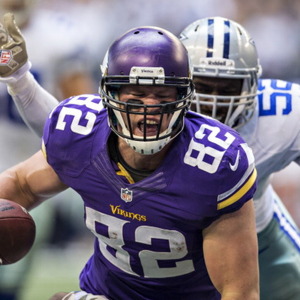