Kyle Long net worth: Kyle Long is an American professional football player who has a net worth of $25 million. Kyle Long was born in Ivy, Virginia in December 1988. He is a guard who was a USA Today High School All-American playing for Charlottesville St. Anne's – Belfield. Long played his college football at Oregon and was drafted #20 by the Chicago Bears in the 2013 NFL Draft.

He has played his entire career for the Bears and was named to the NFL.com and Pro Football Focus All-Rookie Teams in 2013. Long was selected second-team All-Pro in 2014 and is a three time Pro Bowl selection from 2013 to 2015. In 2016 he signed a four year contract extension with Chicago. His father Howie Long is a member of the Pro Football Hall of Fame and his brother Chris Long is a defensive end for the New England Patriots. 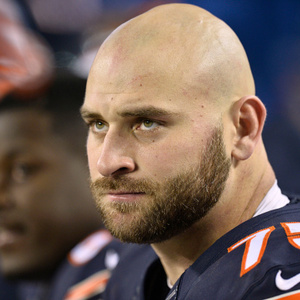