Kroy Biermann net worth: Kroy Biermann is a retired American football player who has a net worth of $5.5 million. Kroy Biermann earned his net worth primarily through his contracts with the Atlanta Falcons. He is married to former "The Real Housewives of Atlanta: cast member Kim Zolciak.

Early Life: Kroy Evan Biermann was born on September 12, 1985, in Hardin, Montana. He was a star athlete at Hardin High school he lettered eight times — three times in football, three times in wrestling, and two times in track. He comes from a family of K names — his parents are Keith and Kathy and his older sisters are Krista and Kelsey.  Biermann attended the University of Montana, where he played defensive end and outside linebacker for the Grizzlies. He played 52 games at Montana and had 220 tackles, 32 sacks, 45 tackles for a loss, nine forced fumbles, and seven fumble recoveries. He played in 14 of 15 games as a freshman, in all 12 games as a sophomore, on 14 games as a junior, and 12 games as a senior. Biermann became Montana's first-ever recipient of the Buck Buchanan Award in 2007. Biermann was selected by the Atlanta Falcons in the 5th round of the 2008 NFL Draft, with the 154th overall pick. 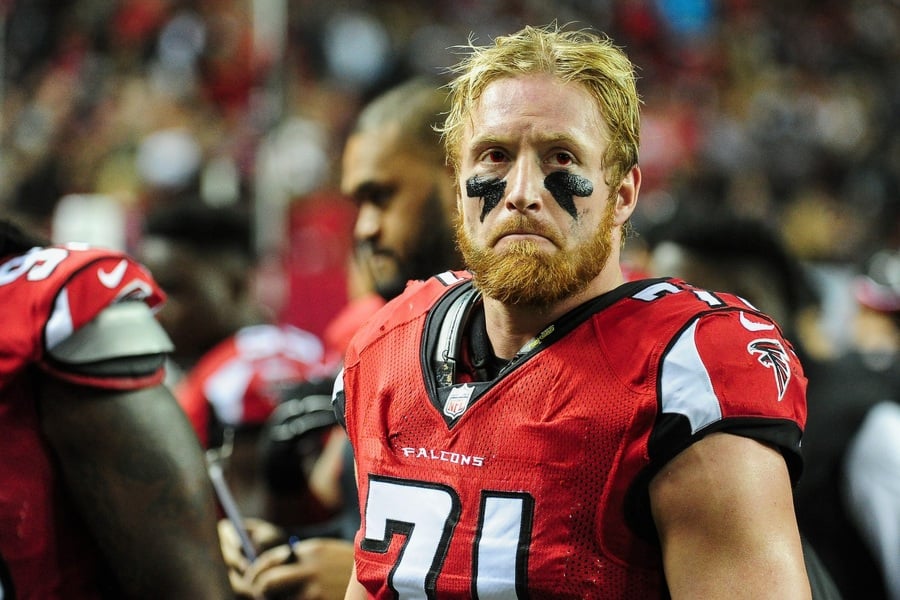 Career: Kroy Biermann made his first career sack in the NFL in a match-up against the San Diego Chargers in Week 13 of his debut season. He had his second sack in that year's season-ending game versus the St. Louis Rams. He started off the 2009 season with two sacks, a forced fumble, and he also forced a holding cal; in the season opener. He scored his first NFL touchdown in a Monday night game versus New Orleans on November 2, 2009. He returned a fumble by Saints' QB Drew Brees. Almost exactly a year later, he tipped a pass by Jake Delhomme to return the ball 41 yards for his second touchdown. In September 2013, he tore his Achilles tendon and missed the rest of the season. After surgery to repair his Achilles tendon, Biermann signed a one year $1.925 million contract in March 2015. He was cut from the Falcons and signed a one-year deal with the Buffalo Bills in mid-August 2016. Two weeks later, the Bills cut him.

In all, Biermann played for the Atlanta Falcons for eight seasons.

Personal Life: In May 2010, Kroy Biermann took part in a charity event raising funds for Alzheimer's called Dancing Stars of Atlanta. This is where he met "Real Housewives of Atlanta's"  Kim Zolciak. Their meeting was shown during season three of "The Real Housewives of Atlanta." In May 2011, their son Kroy Jagger (KJ) was born. The couple got married at their home in Roswell, Georgia on November 11, 2011. Their son Kash Kade was born in August 2012. Their twins Kaia Rose and Kane Ren were born in November 2013.

In July 2013, Biermann formally adopted Zolciak's daughters from her previous relationships, Brielle and Ariana. The girls changed their last names to Biermann.

The couple starred on their own Bravo reality show "Don't Be Tardy" for seven seasons starting in 2012.

Kroy's wife Kim is bisexual and was in a relationship with a woman in the past.

He helps publicize his wife's podcast.

He helps raise the couple's children while Kim pursues her various business endeavors.

On Valentine's Day 2020, Kim posted a tribute to her husband on Instagram, writing: "I love you oh so much @kroybiermann each and everyday I love you more!! You are my strength when I am weak, you are my rock, you are my calm. So blessed and grateful to have you. Thank you for loving me unconditionally!" ( Editor's Note: the errors are Kim's, it should be every day.)

On May 2, 2020, Kim took to Instagram to show some love for her husband by posting selfies with him and captionining it: "The absolute LOVE OF MY LIFE. @kroybiermann we never get pics together so we set a timer today and took them ourselves. I love you Kroy Evan!"

Before it became clear he could have a football career, Biermann wanted to be a Navy Seal.

He covered the walls of his garage with sexy photos of his wife.

Salary Highlights: His peak salary was $2.5 million per year.

Real Estate: In 2014, Kroy, Kim, and their six kids moved into a new 17,000 square foot house with all the amenities a family of eight could need. The home has a movie theatre, a basketball court, a gym, a pool, and a spa.

In 2011, Kroy and Kim bought an 11,000 square foot mansion in Roswell, Georgia for $3.25 million. The home has three full kitchens, two large laundry rooms, his and hers walk-in closets, a morning kitchen and a sitting area with a fireplace in the master bedroom, a formal dining room with a butler's pantry with china and silver dish-washing drawers. The home also has an elevator and covered porch overlooking a full sports court. 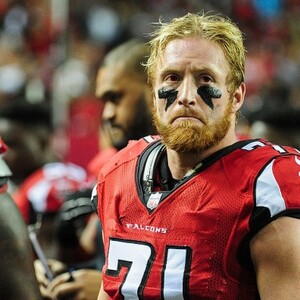