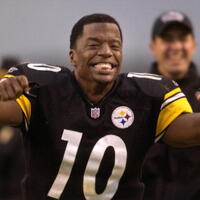 What is Kordell Stewart's Net Worth and Salary?

Kordell Stewart is a former NFL Quarterback who has a net worth of $14 million. At the high point of his career, he earned $27 million over five years. Kordell Stewart is best known for the eight seasons he played with the Pittsburgh Steelers from 1995 until 2003. Stewart was named the sixth most versatile player in NFL history by the NFL Network.

Kordell was born on October 16th of 1972 in New Orleans, Louisiana. His parents, Florence and Robert, raised him and his two siblings in Marrero, Louisiana, a city across the Mississippi River from New Orleans. When Stewart was twelve, his mother died after a long battle against liver cancer. His father then worked long hours at an assortment of jobs to support the family. Kordell later credited his father as his most significant influence, having demonstrated what it meant to have a strong work habit.

Stewart attended John Ehret High School in Marrero, where he played quarterback on the football team. In 1990, during his senior year in high school, Kordell was named the New Orleans Player of the Year and earned a spot on the All-State team.

In 1991, Kordell earned a scholarship to the University of Colorado. He became one of the most accomplished quarterbacks in their school's history, setting several Buffaloe's records, including most passes completed, most touchdown passes, and most passing yards. Stewart led the team to top-10 regular-season finishes in two years and won the Aloha Bowl in 1993 and the Fiesta Bowl in 1995. In his senior year, Kordell was selected as a second-team All-American after leading the Colorado Buffaloes to a national ranking of Number Three.

Stewart was selected 60th overall by the Pittsburgh Steelers in the 1995 NFL draft. Kordell spent his first two seasons with the team as a wide receiver and running back. In 1997, he earned his position as the starting quarterback, leading the Steelers to an 11-5 record during the season and an appearance in the AFC Championship Game where they lost to the Denver Broncos.

The Pittsburgh Steelers struggled during the 1998 and 1999 seasons after losing many key players from their AFC Championship Game team. In 2000, Stewart and the Steelers went 9-7 and nearly made the playoffs.

In 2001, Kordell led the Steelers to a 13-3 regular-season record and the top seed in the AFC playoffs. Stewart threw a career-best 3,109 passing yards and was elected to the NFL Pro Bowl. In the playoffs, the Steelers beat the Baltimore Ravens in the divisional round; however, they lost in the AFC Championship Game against the eventual Super Bowl champion New England Patriots. 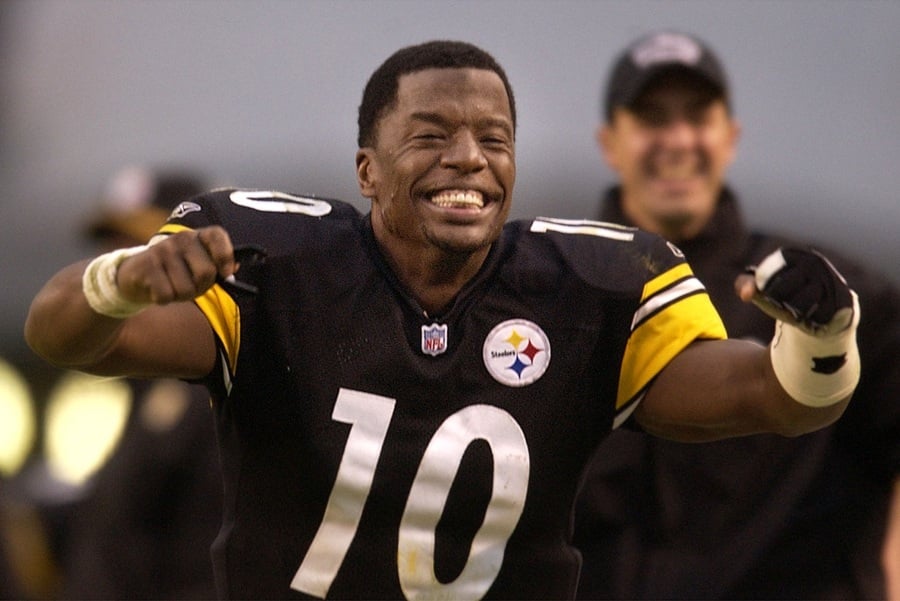 In 2002, Kordell was replaced by quarterback Tommy Maddox and only played seven games that year. The Chicago Bears signed him the following season, although he was replaced after several poor performances in 2003. Stewart spent the 2004 and 2005 seasons as a backup for the Baltimore Ravens, and, after 2005, Kordell never played another game in the NFL. However, he did not officially announce his retirement until 2012.

After leaving the NFL, Stewart made guest appearances on the television shows "Pros vs. Joes" and "Deal or No Deal." In 2012, Kordell appeared on "The Real Housewives of Atlanta" with his ex-wife Porsha Williams Stewart.

In 1997 Kordell signed a two-year contract that came with an annual base salary of $360,000. Kordell had the chance to double that with bonuses and milestones. In 1999 he signed 5-year $27 million deal with the Steelers that came with an average $5.4 million annual salary. In his final NFL seasons he made $3.2 million in one season with the Bears then $660,000 with the Ravens. In total, Kordell's career earnings were around $31 million.

Stewart has one son named Syre with his ex-girlfriend Tania Richardson. In 2011, Kordell married Porsha Williams in a lavish ceremony that was featured on the WE television series "Platinum Weddings." In 2013, Stewart filed for divorce from his wife, claiming the marriage was broken irretrievably.