In 2014 Carter was inducted into the Rose Bowl Hall of Fame. Carter was drafted as the #1 pick of the 1995 NFL Draft by the Cincinnati Bengals. He signed a seven year deal worth $19.2 million including a signing bonus of over $7 million which was a NFL record contract for a rookie at that time. He played for Cincinnati from 1995 to 1999 and then played for the Washington Redskins in 2001 and the New Orleans Saints from 2003 to 2004. Carter won the Ed Block Courage Award in 1998. His career was hampered by injuries. Ki-Jana is now an entrepreneur and a sports blogger for OPENSports.com. Carter founded the sanitation technology company Byoglobe and serves as CEO. 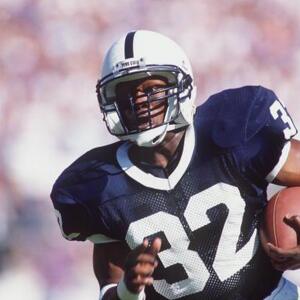