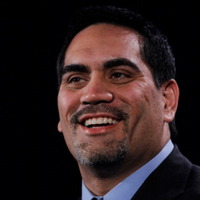 Kevin Mawae Net Worth: Kevin Mawae is a retired American football player who has a net worth of $13 Million. Born Kevin James Mawae on January 23, 197, in Savannah, Georgia, he had played as a football center of the National Football League for sixteen seasons. While in college, he served as a four-year starter on the LSU Tigers football team at the Louisiana State University. It was in 1994 that got picked by the Seattle Seahawks in the NFL Draft that year. Later on, he had also spent some time playing for the New York Jets and Tennessee Titans. Kevin Mawae is considered to be one of the top centers in recent NFL history, as he has been selected for the Pro Bowl on six consecutive occasions (1999–2004), and was an eight-time All-Pro. Furthermore, he had the chance to serve two terms as NFLPA president, a post that coincided with the 2011 NFL lockout.