How much is Kevin Kolb Worth?

Kevin Kolb net worth: Kevin Kolb is an American professional football player who has a net worth of $5 million dollars. Kevin Kolb was born in Victoria, Texas, and distinguished himself as a football player during high school. He ended his senior year with an All-State honorable mention. He was also an Academic All-State Second Team selection. He was recruited by multiple college teams, and was initially interested in playing for Oklahoma State. However, he ended up choosing to play for Houston in order to continue working with one of his former coaches. He became the first freshman starting quarterback in Houston's history, and quickly made it clear that the decision was a good one. He finished his freshman year as Conference USA Freshman of the Year. His senior year of college, he won just about every football award a college player could win, and led his team to the Conference USA championship. He was drafted by the Philadelphia Eagles in 2007, and eventually became their starting quarterback in 2010. Unfortunately, he was injured almost immediately. He was traded to the Arizona Cardinals, where he immediately made a difference to the success of the team. However, he was again injured, and released from his contract. He signed with the Buffalo Bills in March of 2013, but suffered a severe concussion in August that many are saying may be career-ending. 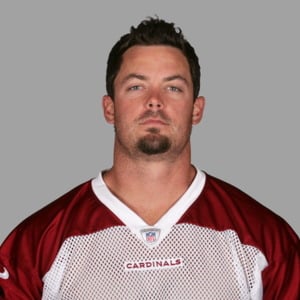