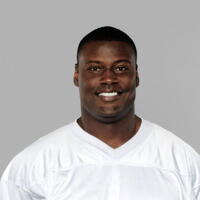 Kevin Carter Net Worth: Kevin Carter is a former American professional football player who has a net worth of $20 million. Born Kevin Louis Carter on September 21, 1973, in Miami, Florida, he served as a defensive end in the National Football League (NFL) for fourteen seasons throughout the 1990s and 2000s. Carter attended the University of Florida on an athletic scholarship and he was a four-year letterman for Florida Gators football team from 1991 to 1994. As a Gator, he helped the team win three Southeastern Conference (SEC) championships, as well as he received All-American honors. Once he was chosen by the St. Louis Rams in the first round (sixth pick overall) of the 1995 NFL Draft, Carter signed with the team reportedly a $10 million six-year contract. Carter also played professionally with Tennessee Titans (2001–2004), Miami Dolphins (2005–2006) and Tampa Bay Buccaneers (2007–2008), as well as he was elected to two Pro Bowls in 1999 and 2002.