Kelechi Osemele net worth: Kelechi Osemele is an American professional football player who has a net worth of $20 million. Kelechi Osemele was born in Houston, Texas in June 1989. He is an offensive guard who played at Houston Langham Creek High School. Osemele played his college football at Iowa State where he was named an All American and All Big 12 First Team in 2011.

He was also All Big 12 Second Team in 2009 and a three time Big 12 Commissioner's Honor Roll member. Osemele was drafted #60 in the 2012 NFL Draft by the Baltimore Ravens. He played for the Ravens from 2012 to 2015 before joining the Oakland Raiders in 2016. Osemele was named a Pro Football Focus All-Pro in 2014 and won a Super Bowl Championship with the Ravens. In 2016 he signed a five year deal with the Raiders for $60 million. 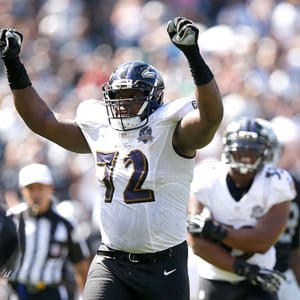