Kayvon Webster net worth: Kayvon Webster is an American football player at the cornerback position for the NFL's Denver Broncos who has a net worth of $1.5 million. Kayvon Webster was born in 1991 in Miami, Florida where he played high school football at Monsignor Edward Pace High School in Miami Gardens, Florida.

He also was on the track team and a part of the 2009 4×100 meter relay team that holds the current state high school record for that event. Kayvon Webster was rated the 28th best safety prospect by Rivals.com and was recruited by Miami, Mississippi, South Carolina, Tennessee, Syracuse, Florida and Auburn, among others. Kayvon Webster played college football at the University of South Florida from 2009 to 2012 where he was a second-team All-Big East Conference selection in 2011. During his senior season in 2012 Kayvon Webster played in all 12 games, started 11, and led the team with 82 tackles, two sacks, four tackles for loss, six passes broken up, and three forced fumbles. Kayvon Webster was selected with the 90th overall pick in the third round of the 2013 NFL Draft by the Denver Broncos. During his rookie season, Kayvon Webster had his first NFL career forced fumble in Week Five and in Week Six, he got his first interception of his professional career. 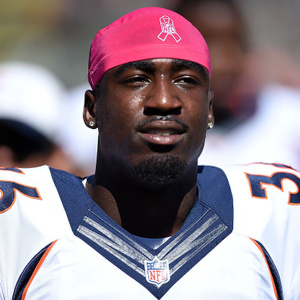