Kawann Short net worth: Kawann Short is an American professional football player who has a net worth of $3 million. Kawann Short was born in East Chicago, Indiana in February 1989. He is a defensive tackle who played for East Chicago Central High School. Short played his college football at Purdue where he was a two time First-team All-Big Ten selection as well as a one-time Second-team All-American and Second-team All-Big Ten selection.

Short was drafted #44 by the Carolina Panthers in the 2013 NFL Draft and has played for Carolina his entire career. He was named to the PFWA All-Rookie Team in 2013 and was named a Second-team All-Pro in 2015 when he also made the Pro Bowl and won the NFC Championship with the Panthers. In 2013 Short signed a four year deal for $4.63 million. 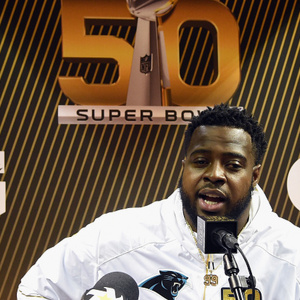