The Green Bay Packers drafted him with the 149th overall pick in the fifth round of the 2000 NFL Draft. Gbaja-Biamila played every game of his professional career in Wisconsin until his 2008 retirement. He racked up 286 career tackles, 75.4 quarterback sacks, and one interception. Gbaja-Biamila won the 2002 Ed Block Courage Award a year before he appeared in the first and only Pro Bowl of his career in 2003. In 2004, he led the NFC in sacks. At the time of his retirement, Gbaja-Biamila led the Packers franchise in all-time sacks. He is a member of the Packers Hall of Fame. Gbaja-Biamila's older brother Akbar Gbaja-Biamila also played in the NFL. He participated in several charitable organizations while working with the NFL and he sat on the board at the Freedom House, which provided shelter for homeless families living in the Green Bay area. 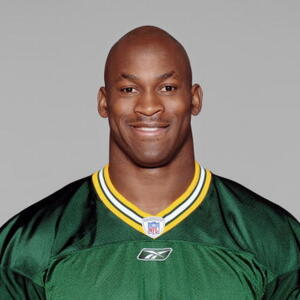