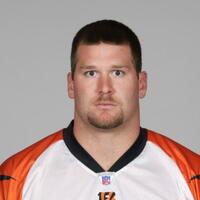 Justin Smith Net Worth: Justin Smith is a retired American football player who has a net worth of $18 Million. He was born Justin Smith on September 30, 1979, in Jefferson City, Missouri. During his career he played defensive end for the Cincinnati Bengals and San Francisco 49ers of the National Football League (NFL). Before turning pro, Smith first flaunted his football skills at the University of Missouri where he was named an All-American. He was selected by the Cincinnati Bengals with the fourth overall pick in the first round of the 2001 NFL draft. He signed a six year, $10 million contract and Smith had remained with the team until 2007. As a Bengal, he  enjoyed a successful career, having moved into the fifth place on Bengals all-time sacks list with a total of 34 by the end of his fifth year. The Bengals even designated the franchise tag on him on February 15, 2007. The same year he inked one-year franchise contract that brought him $8.64 million. After that, he signed a six-year, $45 million deal with the San Francisco 49ers. In his tenure with San Francisco, Smith was selected for four consecutive Pro Bowls from 2009 to 2012. Thanks to his outstanding performance on the football field, Justin Smith was presented on the NFL's Top 100 players of 2012, and was projected by his peers as the 17th best player coming into the 2012 season. Justin retired after the 2014 season.