What was Junior Seau's Net Worth and Career Earnings?

Junior Seau was a professional football player who had a net worth of $12 million at the time of his death. During his career, Junior Seau played in the NFL for the San Diego Chargers, Miami Dolphins, and New England Patriots. Among his achievements, he was a 10-time All-Pro and 12-time Pro Bowl selection, and appeared in Super Bowls with both the Chargers and the Patriots. In 2012, Seau killed himself at the age of 43. An autopsy of his brain revealed the football legend suffered from Chronic Traumatic Encephalopathy (CTE), a progressive degenerative disease, which can only be definitively diagnosed after death. It is found in individuals with a history of multiple concussions and other forms of head injury such as are sustained in football.

Junior Seau was born as Tiaina Baul Seau Jr. on January 19, 1969 in Oceanside, California as the fifth child of Tiaina Sr. and Luisa. His father was a school janitor who also worked at a rubber factory, while his mother worked at Camp Pendleton's commissary as well as at a laundromat. Seau was of American Samoan ancestry, and moved to American Samoa with his family shortly after his birth. The family later returned to the San Diego area. As a teen, Seau went to Oceanside High School, where he played football and basketball and did track and field. In his senior year, he led the school football team to the San Diego 2A championship, and helped the school basketball team win the Lt. James Mitchell Tournament.

For college, Seau enrolled at the University of Southern California; however, he couldn't play football as a freshman due to his college entrance exam SAT score, which fell short of the school's eligibility requirements for freshmen players. Seau went on to do well with the USC Trojans, lettering in his final two seasons and earning a unanimous first-team All-American selection in 1989.

Following his junior season at USC, Seau entered the NFL Draft in 1990. He was ultimately chosen in the first round with the fifth overall pick by the San Diego Chargers. It wasn't long before Seau became one of the team's most popular players, emerging as the Chargers' iconic face. In his rookie season, he recorded 85 tackles; the next year, he raised that number to 129 and earned his first of 12 consecutive Pro Bowl selections. Additionally, Seau was named AFC Defensive Player of the Year and NFL Alumni Linebacker of the Year.

Among the other highlights of his 11-year tenure with the Chargers, Seau posted 16 tackles in the 1994 AFC Championship Game against the Pittsburgh Steelers, all while playing with a pinched nerve in his neck. The Chargers ultimately won the game. Moreover, Seau posted a career-high 155 tackles in 1994, helping to lead the Chargers to Super Bowl XXIX, where they fell to the San Francisco 49ers. For his final season with the team in 2002, Seau missed his last Pro Bowl because of an ankle injury.

In 2003, Seau was traded to the Miami Dolphins. Starting 15 games that season, he was one of the team's top defensive players. The next season, however, he was limited to only eight games due to a torn chest muscle. Seau struggled with another injury, this time to his achilles tendon, in his final season with the Dolphins in 2005. He was placed on injured reserve before being released in March of 2006. 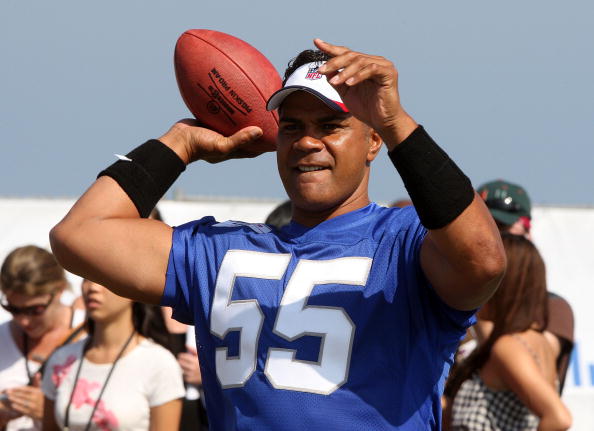 Despite announcing his retirement from football in the summer of 2006, Seau signed a deal with the New England Patriots just four days later. He went on to start 10 of the team's first 11 games, posting 69 tackles before breaking his right arm and being placed on injured reserve. Seau performed better in the 2007 season, helping to lead the Patriots to an undefeated regular season. He subsequently started the team's two playoff games before making it to Super Bowl XLII. Ultimately, the Patriots fell to the New York Giants in the tournament.

Seau re-signed with the Patriots in 2008. The next year, he signed another one-year deal with the team. During that season, his last with the Patriots, Seau posted 14 tackles in seven games as a reserve linebacker. In early 2010, Seau announced his official retirement on the television sports show "Inside the NFL."

Beyond football, Seau had a successful eatery called Seau's The Restaurant in Mission Valley, California. He also had a clothing line called Say Ow Gear, and hosted a documentary television series entitled "Sports Jobs with Junior Seau." Among his other notable endeavors, Seau established the Junior Seau Foundation in 1992 with the aim of educating and empowering youth through a myriad of programs and initiatives.

With his high school sweetheart Melissa Waldrop, Seau had a son named Tyler. When Tyler was just over a year old, Seau and Waldrop separated. In 1991, Seau wed Gina Deboer, with whom he had two sons and a daughter. The couple divorced in 2002.

At his Oceanside home in early May, 2012, Seau was found dead with self-inflicted gunshot wounds to his chest. Studies later conducted by the National Institutes of Health revealed that he had had chronic traumatic encephalopathy, a brain condition caused by repetitive concussion-related head trauma that has been found in a number of other former NFL players. 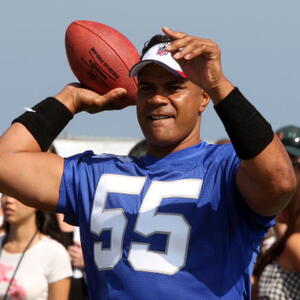