What is Julius Peppers' Net Worth and Salary?

Julius Peppers is a retired American football player who has a net worth of $60 million. After earning a name for himself as a college football player at the University of North Carolina, Peppers was drafted in 2002 by the Carolina Panthers. After subsequent stints with the Chicago Bears and the Green Bay Packers, Julius returned to the Panthers for before retiring after the 2017-2018 season.

His achievements in the NFL were considerable. He was named to the Pro Bowl nine times, the All-Pro second team three times, and the All-Pro first team three times. He also earned the NFL Defensive Rookie of the Year Award in 2002. This was the year he managed to record 12 sacks, 5 forced fumbles, and an interception while playing just 12 games in total. Later, he was named to the 2000s and 2010s NFL All-Decade Teams.

Julius Frazier Peppers was born on January 18th of 1980 in Wilson, North Carolina. Raised in nearby Bailey, Julius soon made his football talents known while playing for his high school team under coach Ray Davis. By the time had reached his senior year, he was 6'5 and 225 pounds. During his high school years, Peppers played as a running back and defensive lineman. He ended his high school years with 3,501 rushing yards and 46 touchdowns. He also won a state championship in track as a sprinter for his high school.

After graduating from high school, Davis attended the University of North Carolina. He quickly established himself as a talented defensive end for the Tar Heels, although he was redshirted during his junior year. During his sophomore year, he led the entire nation with 15 quarterback sacks. This was enough to earn him multiple honors and accolades. These included the Chuck Bednarik Award, the Lombardi Award, and the Bill Willis Trophy.

Throughout his college career, Peppers racked up 167 tackles, 5 interceptions, 5 forced fumbles, and many other achievements. He also played on the university's basketball team. Later, Peppers donated $500,000 to a scholarship program that supports black students at the University of North Carolina called the Light on the Hill Society Scholarship.

In 2002, Peppers entered the NFL Draft as one of the most sought-after prospects. He was selected second overall by the Carolina Panthers, behind quarterback David Carr. He made an immediate impact for the Panthers, deflecting a pass that eventually led to a game-winning touchdown during one of his first games against the Baltimore Ravens. He then racked up three sacks during his second game against the Detroit Lions. Unfortunately, Julius' rookie career was tainted by a substance abuse suspension with just four games to go. In his defense, Peppers stated he was given pills by a friend who wanted to help him fight fatigue. The pills contained an ephedra substance that was banned by the NFL. 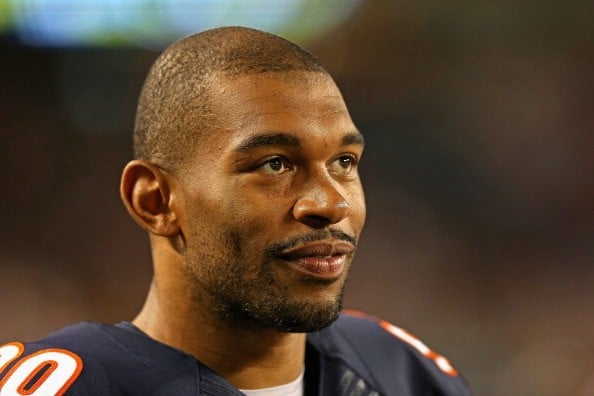 Although Julius struggled with the odd injury over the next few years, his performances remained mostly consistent. In 2007, he was named the new defensive captain of the Panthers. By 2009, he was ready to leave the Panthers as a free agent. In 2010, he signed a new contract with the Chicago Bears and quickly became an asset for his new team. After a number of strong seasons, Peppers began to struggle with plantar fasciitis. He was then released by the Bears, who had failed to trade him. In 2014, he signed a new contract with the Green Bay Packers and quickly became the first NFL player in history to record 100 sacks and 10 interceptions.

In 2017, Peppers signed a one-year contract with the Carolina Panthers. After returning to a standing ovation from the home crowd, Julius went on to play two more seasons with the Panthers before retiring after the 2017-2018 season. He finished his career, with 716 tackles, 159.5 sacks, and many other achievements.

In 2010, Julius signed a six-year, $91.5-million contract with the Chicago Bears as a free agent, with $42 million in guaranteed salary. Peppers signed a three-year deal with the Green Bay Packers in 2014. The deal was worth $30 million, with $8.5 million in the first year, and $7.5 million in guaranteed salary. As of 2018, Julius Peppers has earned $160 million in NFL salary. That makes him one of the 10 highest-earning NFL players of all time (in terms of salary alone).

In 2014, it was reported that Peppers had purchased a new mansion in Florida. Located in Coral Gables, the residence cost Julius $5.18 million. It spans 9,100 square feet and features eight bedrooms, a library, a wine cellar, and a chef's kitchen. Years later, it was reported that the home had been listed for $6.45 million.

In 2016, it was reported that Peppers' North Carolina Mansion was still for sale. By this point, the residence had been on the housing market since 2015. Since that time, Julius cut the price three times, down from an initial asking price of $3.4 million. It spans 8,810 square feet, and it is located in Mooresville. Peppers originally purchased the home for $4.18 million in 2006, which means he is sure to take a loss on the property when (or if) he does manage to sell it.

The home features five bedrooms, Spanish-style architecture, and is located on a 1.4-acre lot in the luxurious neighborhood known only as "The Point." The home is situated on the crest of a peninsula, and additional highlights include 900 feet of shoreline, a private dock, and other amenities for watercraft. Even after the price cuts, this home was still the most expensive home listed within "The Point" in 2016.