Julian Peterson Net Worth: Julian Peterson is a retired American football player who has a net worth of $27 Million. Born Julian Thomas Peterson on July 28, 1978, in Hillcrest Heights, Maryland, he served as linebacker in the National Football League (NFL) for eleven seasons. As a college football player at Michigan State University, he recorded 140 tackles and 25 sacks in only 23 games.

Next, he was selected 16th overall by the San Francisco 49ers in the 2000 NFL Draft. Peterson completed his rookie year with 47 tackles, four sacks and two interception, as well as he had the chance to start seven of thirteen games. It was in 2002 that Peterson got elected to the Pro Bowl after posting 94 tackles. In his career, he also played for two more NFL teams, the Seattle Seahawks and the Detroit Lions, respectively. During his six seasons with the San Francisco 49ers, he achieved 394 tackles, 21.5 sacks, and five interceptions in 79 games and was elected to two Pro Bowls. Before the 2006 season, he joined the Seahawks and got selected to the Pro Bowl in each of his three seasons with the team. In 2009, he was traded to the Detroit Lions for defensive tackle Cory Redding and a fifth-round pick. Two years later, Peterson was given his release by the Lions. Off the field, he is married and has two sons. 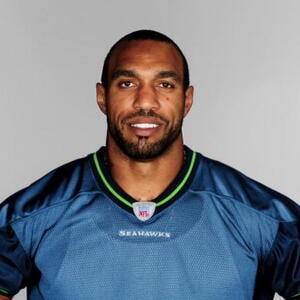