JuJu Smith-Schuster was born in Long Beach, California in November 1996. He played at Long Beach Polytechnic High School and played his college football for USC where he was named first-team All-Pac-12 in 2016 and second-team All-Pac-12 in 2016. JuJu Smith-Schuster was drafted #62 overall by the Pittsburgh Steelers in the 2017 NFL Draft. He was a member of the PFWA All-Rookie Team in 2017 and made the Pro Bowl in 2018.

During his first three NFL seasons he had 2011 receptions for 2,895 receiving yards and 18 total touchdowns.

In 2017 Smith-Schuster signed a four year, $4.2 million deal with the Steelers that came with $1.84 million guaranteed and a signing bonus of $1.19 million. When that contract came up for renewal, JuJu actually turned down three larger, multi-year offers from rival teams to stay with the Steelers. Instead, in March 2021 he signed a one year $8 million with the Steelers 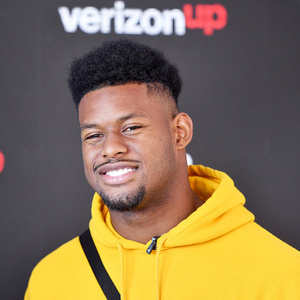