He was also a three time All-Big South First Team selection. Norman was drafted #143 by the Carolina Panthers in the 2012 NFL Draft and has played his entire career for Carolina. In 2015 he won the NFC Championship with the Panthers and was selected to his first Pro Bowl. He was also a First-team All-Pro and a Pro Football Focus All-Pro. Norman was named to the PFWA All-NFC and All-NFL teams and was named PFWA Most Improved Co-Player of the Year. In 2012 he signed a four year deal with Carolina for $2.3 million. 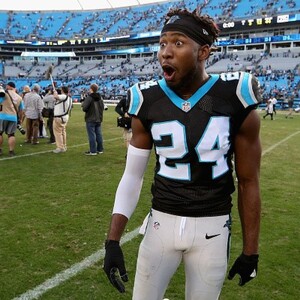