Josh Freeman net worth: Josh Freeman is an American former professional football player who has a net worth of $12 million. Josh Freeman was born in Kansas City, Missouri in January 1988. He was a quarterback who played at Grandview High School. Freeman played his college football at Kansas State and was drafted #17 overall by the Tampa Bay Buccaneers in the 2009 NFL Draft.

He played for Tampa Bay from 2009 to 2013. Freeman then played for the Minnesota Vikings in 2013. He was on the practice squads of the New York Giants, Miami Dolphins, and Indianapolis Colts as well as the Montreal Alouettes of the CFL. He also played for the Brooklyn Bolts of the FXFL. During his NFL career Freeman has 81 touchdowns, 61 interceptions, and 13,873 passing yards. In 2009 he signed a five year deal for $26 million. Josh Freeman set many Buccaneers records including most touchdown passes thrown in consecutive games. 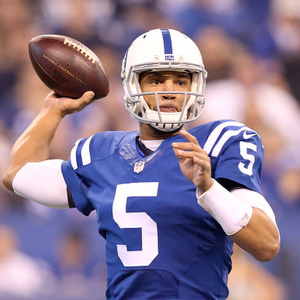