Jordan Palmer Net Worth: Jordan Palmer is an American professional football player who has a net worth of $2 million. Jordan Palmer was born in Westlake Village, California in May 1984. Jordan is the younger brother of NFL quarterback Carson Palmer. Jordan attended Mission Viejo High School. He played college football at The University of Texas at El Paso.

As a quarterback Palmer led the team to the GMC Bowl in 2005. Palmer was selected #205 by the Washington Redskins in the 2007 NFL Draft. Palmer was waived by the Redskins to get to their 53 man roster. In November 2007 he was signed by the Arizona Rattlers of the Arena Football League. In January 2008 Jordan signed with the Cincinnati Bengals. By doing so Jordan and brother Carson became the first brothers to play quarterback on the same team at the same time in the NFL. He backed up Carson Palmer in 2010 and in November 2010 the brothers became the first to play quarterback in the same game for the same team. In August 2011 Jordan was released. He signed with the Sacramento Mountain Lions of the United Football league before signing with the Jacksonville Jaguars in May 2012 and was released, re-signed, and re-released. In August 2013 he signed with the Chicago Bears. He was released but re-signed after an injury to Jay Cutler. In 2014 Palmer re-signed a one year deal. He also works as a quarterbacks coach at the EXOS NFL Draft training center. 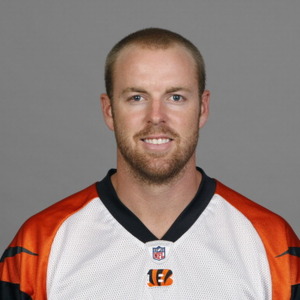