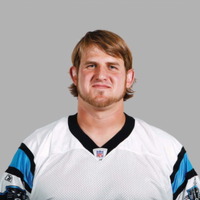 Jordan Gross Net Worth: Jordan Gross is a former American professional football player who has a net worth of $12 million. Born in Nampa, Idaho, in 1980, Jordan Gross played college football at the University of Utah. He earned All-American honors in 2002 and was part of the first-team All-Mountain West squad the same year. The six-foot-four, 235-pound offensive tackle was a finalist for the Outland Trophy in 2002, which is given to the best interior offensive lineman in college football. The Carolina Panthers chose Gross with the eighth overall pick during the first round of the 2003 NFL Draft; he was considered to be among the best, if not the best, prospect on the offensive line in the draft that season. He played his entire pro career with the Carolina Panthers before announcing his retirement on February 25, 2014. Gross played in 167 career games, starting all of them, and recovered six fumbles during the course of his time with Carolina. He was selected to three Pro Bowls in 2008, 2010, and 2013, and was an All-Pro in 2008. Gross was part of the Panthers' 2003 NFC Championship-winning team. He won the 2010 Ed Block Courage Award, given annually to the NFL players who best exemplify courage, inspiration, and sportsmanship, as chosen by their colleagues.