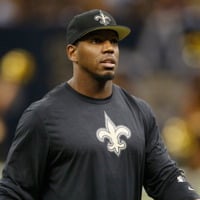 Jonathan Vilma Net Worth: Jonathan Vilma is an American professional football player who has a net worth of $11 million. Jonathan Vilma was born in Coral Gables, Florida in April 1982. Vilma played at Coral Gables High School and received an athletic scholarship to the University of Miami. As a linebacker he won the BCS National Championship at Miami in 2001 and was a finalist for the Butkus Award. Vilma was drafted #12 by the New York Jets in the 2004 NFL Draft. He played for the Jets from 2004 to 2007 before being traded to the New Orleans Saints in 2008. In 2009 he signed five year contract worth $34 million with New Orleans. Vilma won a Super Bowl Championship with the Saints in 2010. He is a three time Pro Bowl selection in 2005, 2009, and 2010. He was also a member of the NFC Champion Saints in 2009. Vilma was named AP NFL Defensive Rookie of the Year in 2004. He was the NLF Combined tackles leader in 2005 and won the Ed Block Courage Award in 2008. He was involved in the 2012 New Orleans Saints bounty scandal. Vilma was cut from the Saints in February 2014 and is currently a free agent and guest analyst for Bleacher Report.