Jonathan Martin net worth: Jonathan Martin is an American former professional football player who has a net worth of $2 million. Jonathan Martin was born in Pittsburgh, Pennsylvania in August 1989. He was an offensive tackle who played at Hollywood Harvard-Westlake High School. Martin played his college football at Stanford where he was a two time All-American and two-time First-team All-Pac 12 selection.

Martin was drafted #42 by the Miami Dolphins in the 2012 NFL Draft. He played for Miami from 2012 to 2013 and for the San Francisco 49ers in 2014. In 2015 he was signed to the Carolina Panthers but retired due to a back injury. Martin was involved in a famous incident in which he was said to be bullied and harassed by Dolphins teammate Richie Incognito. 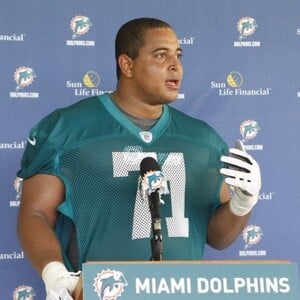