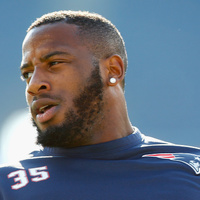 Jonas Gray net worth and salary: Jonas Gray is an American professional football player who has a net worth of $3 million. Jonas Gray was born in Pontiac, Michigan in June 1990. He is a running back who played for Detroit Country Day High School. Gray once ran for 305 yards and scored 4 touchdowns in a game. He played his college football for the University of Notre Dame. Gray went undrafted but was signed as a free agent by the Miami Dolphins in 2012. He played on the practice squad and was cut. He spent the 2013 season on the practice squad of the Baltimore Ravens. In 2014 Gray was signed by the New England Patriots but was cut. He signed to their practice squad and was activated to their active roster in October 2014. In November 2014 he set a Patriots record by rushing for four touchdowns and he also gained 201 yards. He became the first NFL running back who had at least four rushing touchdowns in one game having no touchdowns in his career. Gray was named AF C Offensive Player of the Week in in 2014 and won the AFC Championship the same year with the Patriots.