Jon Runyan Net Worth and career earnings: Jon Runyan is a former American football player who has a net worth of $16 million. He was born Jon Daniel Runyan on November 27, 1973, in Flint, Michigan. John also served as the U.S. Representative for New Jersey's 3rd congressional district from 2011 to 2015.

He is a member of the Republican Party. John played offensive tackle in the National Football League. It was in 1996 that he was selected by the Houston Oilers in the fourth round of the NFL Draft. In his fourteen season long NFL career, John played three teams; the Houston Oilers, Philadelphia Eagles and San Diego Chargers. He was a participant in the 2003 Pro Bowl following the 2002 NFL season. Before turning pro, he had the chance to hone his football skills at high school and college. While at the University of Michigan, he played for the Michigan Wolverines football team where he was a 1995 All-Big Ten Conference selection. During his NFL career, Runyan earned $46 million in salary before taxes. 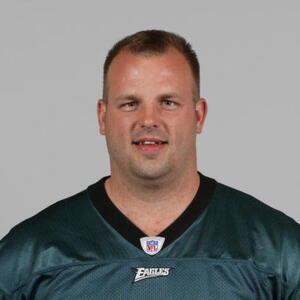