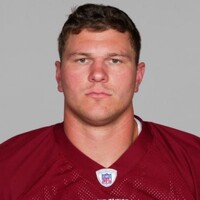 Jon Jansen Net Worth: Jon Jansen is a retired American professional football player who has a net worth of $14 million. Jon Jansen was born in Clawson, Michigan, in 1976, and played college ball close to him for the University of Michigan Wolverines. Jansen, a six-foot-six, 205-pound offensive tackle, was part of the Wolverines' 1997 BCS National Championship. The Washington Redskins drafted Jansen with the 37th overall pick during the second round of the 1999 NFL Draft. He played with the Redskins until 2008 before spending the 2009 season near his hometown with the Detroit Lions. Following the end of that season, Jansen signed a second one-year deal worth the NFL minimum with the Lions, but he was cut as the team trimmed their roster to the final 53 players heading into the start of the regular season. In 2005, Jansen earned second-team All-Pro honors. He played in 126 career NFL games and started 123 of them. Following his retirement, Jansen dabbled in broadcast work. He has since taken work on post game radio shows for the Lions which are hosted on 97.1. He has also worked for The Big Ten Network. He attracted headlines for his comments on "Costas Now" on HBO, where he estimated that as many as 20 percent of the NFL's players took performance enhancing drugs. Jansen has two daughters with his wife.