John Tait Net Worth: John Tait is an American retired professional football player who has a net worth of $13 million. John Tait was born in 1975 in Phoenix, Arizona, and played college football at Brigham Young University in in Provo, Utah where he was an All-American during his last season.

The Kansas City Chiefs chose Tait with the 14th overall pick in the 1999 NFL Draft; he was considered to be the best offensive line prospect in the entire draft pool that year and was named National Offensive Lineman of the Year for his junior season in college. Tait's draft position made him the highest-chosen player out of BYU since the late '80s. Though he initially held out from signing his rookie deal, he played with the Chiefs along their offensive line for five seasons before singing a free agent contract with the Chicago Bears worth $34 million. Though the Chiefs had the option to match the offer from the Bears, Tait's original franchise opted to let him leave for the Windy City. Over the course of his career, Tait played in 148 total games with 139 career starts. He recovered one fumble. The Chicago Bears announced Tait's retirement after a bout with ankle injuries on February 21, 2009. 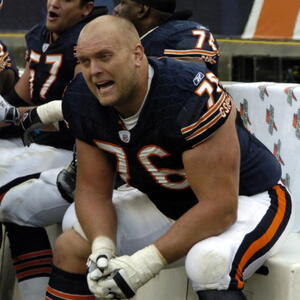