John Matuszak net worth: John Matuszak was an American professional football player and actor who had a net worth of $400 thousand. John Matuszak was born in Oak Creek, Wisconsin in October 1950. He was a defensive end who played his college football for Tampa. Matuszak was the #1 overall pick of the 1973 NFL Draft by the Houston Oilers and played for the Oilers, Houston Texans (WFL), Kansas City Chiefs, Washington Redskins, and Oakland/Los Angeles Raiders.

During his NFL career Matuszak won two Super Bowl championships. He finished in ninth place in the 1978 World's Strongest Man competition. As an actor he starred as George Grinsky on the television series Hollywood Beat in 1985. He also starred in films including North Dallas Forty, Caveman, The Ice Pirates, The Goonies, One Crazy Summer, The Dirty Dozen: The Fatal Mission, and Down the Drain. John Matuszak passed away on June 17, 1989 at 38 years old from an accidental propoxyphene overdose. 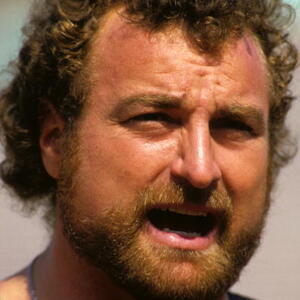