What was John Madden's net worth?

Boom! John Madden was a legendary NFL player, sportscaster and entrepreneur who had a net worth of $200 million at the time of his death. John Madden died on December 28, 2021 at the age of 85. Although John Madden had a successful career as a coach in the NFL, he's probably best known today for his activities after his playing days ended. He became an immensely popular commentator in the NFL and later endorsed one of the most successful video game franchises of all time, "Madden NFL."

John Madden was also an established writer and he appeared in many advertisements for a wide range of different brands. He was the first broadcaster to earn a $1 million salary. He was also one of the first entertainers to earn more than $1 million per year from endorsements.

The bulk of Madden's $200 million fortune was a result of the "Madden" video game. Much more on this deal towards the end of the article below…

John Madden was born on April 10th of 1936 in Austin, Minnesota. In order to pursue work opportunities, his father moved the family to California to find a job as an auto mechanic. John was still young at the time, and he spent most of his youth growing up in a small town just south of San Francisco. After enrolling in a Catholic school, he then moved to Jefferson High School. During his time in high school, John Madden quickly became a high-performing member of the football team. John was a talented, versatile young athlete who showed promise in both offensive and defensive positions. He also proved to be a talented baseball player.

When John Madden graduated from high school in 1954, he immediately started playing football at the College of San Mateo. After one season, he moved to the University of Oregon to study pre-law and play on the school's football team. During his time in Oregon, the first of two major injuries stalled Madden's playing career. A knee operation forced him to sit out much of his season.

After he recovered from his first injury, John Madden returned to San Mateo and played another season of football. Next, he moved to California Polytechnic State University and played offense and defense for the Mustangs. Once again, Madden proved his worth as a football player, establishing himself as a formidable offensive tackle and winning all-conference honors. He also played catcher for the college's baseball team while earning a BS in Education, later earning his MA in Education in 1961.

Although John Madden did technically play professional football at one point, it was basically over before it even began. Madden was drafted by the Philadelphia Eagles in the 21st round of the 1958 draft, and for a while, it looked like he would be playing in the NFL. However, disaster struck during his very first training camp. He suffered a career-ending injury to his knee (not the one that had already been injured), and that was that.

While John Madden was recovering from his knee injury, he earned his teaching degrees in college. During this time, he was also meeting with Norm Van Brocklin, whose career was winding down. The ex-quarterback showed Madden videos of football games and explained what was happening in each play. As Madden learned more about teaching, his teaching education started to mesh with football. A career in coaching was the natural result.

By 1960, Madden was acting as an assistant coach at the Allan Hancock College. Two years later, he had become the head coach. San Diego State then hired him as assistant defensive coach until 1966, at which point the team was among the highest-ranked in the nation. During this period, he worked under tactical mastermind Don Coryell, who Madden later credited for his success as a coach in the NFL.

In 1967, John Madden was hired as the linebacker's coach for the Oakland Raiders. Madden learned from head coach Al Davis, who had in turn learned from Sid Gillman. This meant that Madden was indirectly absorbing tactics from a man who revolutionized professional football. By 1969, Davis left the team and left Madden to take the reigns at just 32 years of age. With this, John Madden became the youngest head coach in NFL history at the time.

Many consider John Madden to be the best Raiders coach of all time. That being said, the team still had a reputation for losing big games from 1969 to 1975. That all changed in 1976 with a victory against their long-time rivals, the Steelers, to win the AFC Championship. Next year, they won the 1977 Superbowl by flattening the Minnesota Vikings. By 1979, it was clear that coaching was taking a serious toll on John Madden's health, and he promptly retired. 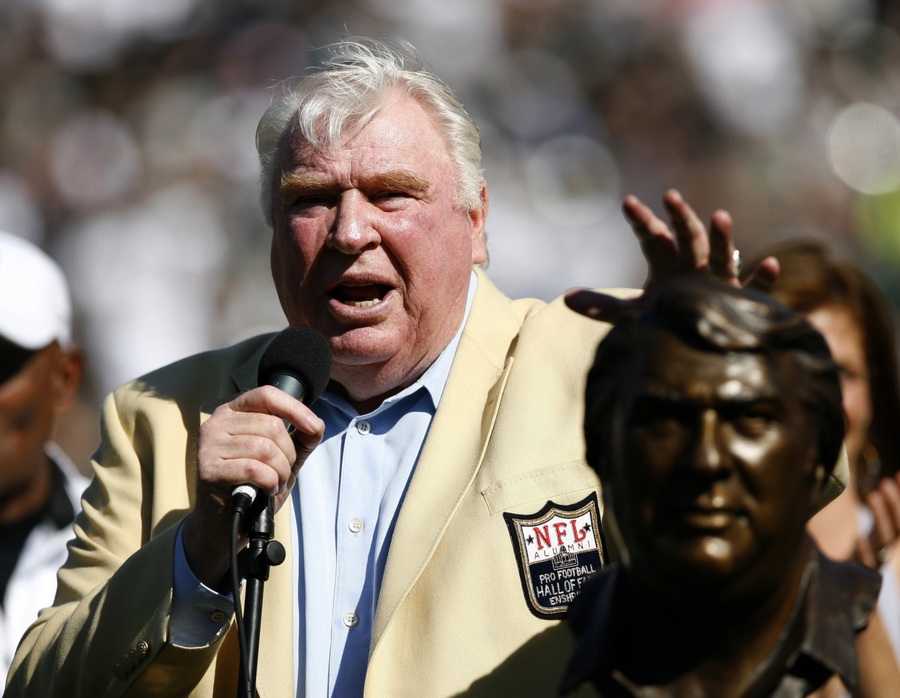 Immediately after retiring from coaching, John Madden began a long and illustrious career as a color commentator and analyst. He eventually worked for all four major networks, including Fox, CBS, ABC, and NBC. Eventually, he became one of the most sought-after television personalities in American sport, commanding multi-million dollar salaries. In order to entice him to join their network, NBC even offered to build Madden a "luxury train" (John Madden is famously averse to flying).

At the peak of his broadcasting career, John Madden was earning $8 million a year, which is the same as around $14 million today after adjusting for inflation. But even with that huge paycheck, Madden's years of coaching and commentating have been out-shined by his involvement in video games. In fact, the vast majority of John Madden's personal wealth came from the video game franchise that carries his name.

Since 1988, Electronic Arts has been publishing NFL video games that bear his name and image. The series has been a major financial success year after year, selling more than 130 million copies to date.

In 2005, video game company EA Sports signed a $300 million deal to become the exclusive game developer for the NFL. Around the same time, rumors began to spring up that EA was thinking about dropping the name "Madden" from all future games. It was subsequently revealed that John Madden had actually signed a deal that would allow his likeness and name to be used in the games in perpetuity for a reported $150 million. In addition, it is estimated that John Madden earned around $2 million per year as a retainer until 2009 when he retired.

In the 1980s, John Madden became one of the first celebrities to earn more than $1 million per year from endorsements. In the 1980s he had endorsement deals with Miller Lite, Exxon, McDonald's, Canon and Ramada Inn.

He is perhaps best remembered today for his Tenactin endorsement deal. At his peak in the 2000s, his deal with Tenactin alone paid $2 million per year. Later in his life Madden also had endorsement deals with brands such as Ace Hardware, Outback Steakhouse, Verizon Wireless, Miller Lite, and Toyota. 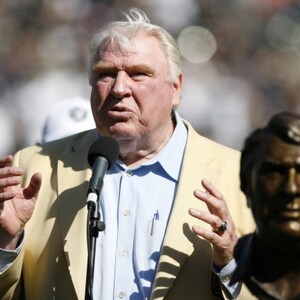