He was drafted #66 by the Florida Marlins in the 1992 Major League Baseball amateur draft. Lynch played for two seasons in the minor leagues. He was drafted #82 by the Tampa Bay Buccaneers in the 1993 NFL Draft. He played for the Bucs from 1993 until 2003. Lynch won the Super Bowl Championship in his final year with Tampa Bay. In 2000 he was named the NFL Alumni Defensive Back of the Year. In Tampa he was a four time All-Pro from 1999 to 2002. He signed with the Denver Broncos where he played from 2004 to 2007. In 2006 he won the Bart Starr Man of the Year Award and the "Whizzer" White NFL Man of the Year award. He agreed to a one year deal worth $1.5 million with the New England Patriots in 2008 but was released and announced his retirement. During his career Lynch was a nine time Pro Bowler. He recorded over 1,000 career tackles as a strong safety. He joined the NFL on Fox as a color commentator. Lynch was named the #10 most feared tackler in NFL history by NFL Films. John is married to former NFL tight end John Allred's sister Linda. 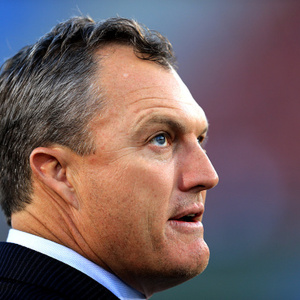