John Henderson Net Worth: John Henderson is a former American professional football player who has a net worth of $14 million. John Henderson was born in Nashville, Tennessee, in 1979, and played college football for the University of Tennessee Volunteers. The six-foot-seven, 335-pound defensive tackle was a highly touted high school recruit who won the 2000 Outland Trophy en route to earning All-SEC honors in 2000 and 2001 and All-American honors during the same two seasons.

The Jacksonville Jaguars drafted Henderson with the ninth overall pick during the first round of the 2002 NFL Draft. He played in Jacksonville from 2002 until 2009, becoming a force along the defensive line with fellow player Marcus Stroud. Henderson, also known as Big Hen or Big John, later played with the Oakland Raiders from 2010 until 2011. Henderson appeared in two Pro Bowls in 2004 and 2006 and earned second-team All-Pro honors in 2006. He finished his pro playing career with 493 tackles, 44 defended passes, 29 quarterback sacks, and eight forced fumbles over the course of 146 games. He started 125 of them. He made headlines after a pre-game video of his routine emerged online where Henderson asks a team assistant to slap him across the face. Henderson has four children with his wife, Aleviar Henderson. 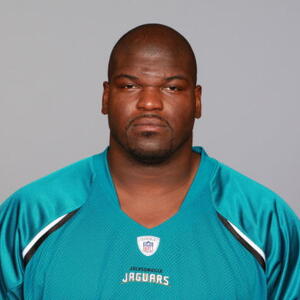