How much is John Abraham Worth?

John Abraham Net Worth: John Abraham is an American football player who has a net worth of $26.2 Million. Born John Antonio Abraham on May 6, 1978, in Timmonsville, South Carolina, he plays as a linebacker for the Arizona Cardinals of the National Football League (NFL). Initially being an athlete in the track program, Abraham played only one season of high school football. Nonetheless, he was still recruited to play college football at the University of South Carolina. Once he was drafted by the New York Jets in the first round of the 2000 NFL Draft, he remained with them until 2006, when he was traded to the Atlanta Falcons. As of December 2010, John Abraham was selected to his fourth Pro Bowl and he continues to showcase his football skills as a part of the Arizona Cardinals. Even though he inked a 3 year $16.72 million contract to stay in Atlanta on June 21, 2012, he was still released by them in March 2013, and few months later he signed with the Cardinals. To date, he has been named All-Pro three times, once with the Jets (2001), and twice with the Falcons (2008 and 2010). 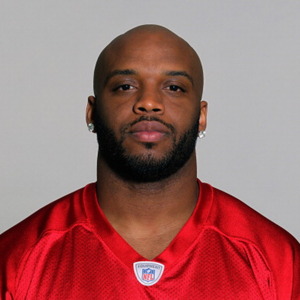