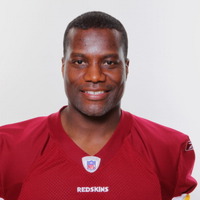 Joey Galloway Net Worth: Joey Galloway is an American college football analyst and former professional football player who has a net worth of $10 million. Joey Galloway was born in Belaire, Ohio in November 1971. Galloway was a wide receiver who played at Bellaire High School and Ohio State University. While playing for the Buckeyes Galloway was named First-team All-Big Ten in 1993 and Second-team All-Big Ten in 1994. He was drafted #8 by the Seattle Seahawks in the 1995 NFL Draft. Galloway played for Seattle from 1995 to 1999 and then played for the Dallas Cowboys from 2000 to 2003. He played for the Tampa Bay Buccaneers form 2004 to 2008 and then played a year each for the New England Patriots, Pittsburgh Steelers, and Washington Redskins. Galloway was a Consensus All-Rookie in 1995 and is part of the 10,000 Receiving Yards Club. He was a co-owner of the Columbus Destroyers of the Arena Football League. Joey joined ESPN as a college football analyst in 2012. He finished his career with 701 receptions from 10,950 yards and 77 touchdowns.