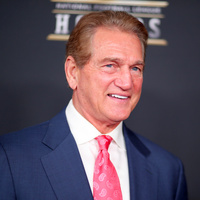 What is Joe Theismann's Net Worth?

Joseph Robert Theismann was born on September 9, 1949, in New Brunswick, New Jersey. He attended South River High School where he played multiple sports and lettered in baseball, basketball, and football. After graduation, Theismann accepted a scholarship to attend the University of Notre Dame to play football for the Fighting Irish.

Joe Theismann was named the starting quarterback of the Notre Dame Fighting Irish in his sophomore year after an injury to Terry Hanratty late in the year. In the three remaining games, Theismann led the team to two wins and a tie. The next year in 1969, the team finished with a top five ranking but lost in the Cotton Bowl to the University of Texas 21-17. The following year, the number-two ranked, 10-1 Fighting Irish met Texas in the Cotton Bowl once again, this time winning 24-11. Theismann was an All-American and an Academic All-American and a Heisman Trophy finalist. He ended his college career with a record of 20-3-2 having thrown for 4,411 yards and 31 touchdowns. Theismann was inducted into the College Football Hall of Fame in 2003. 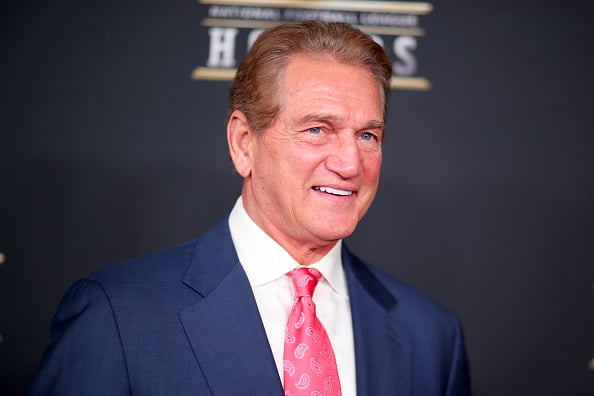 In 1971, Joe Theismann was selected by the Minnesota Twins in the 39th round of the MLB draft and 99th overall in the fourth round of the NFL draft by the Miami Dolphins. After negotiations fell through with the Dolphins, Theismann decided to sign with the Toronto Argonauts of the Canadian Football League on a $50,000 per year contract. After compiling 6,093 passing yards with 40 touchdowns thrown (to 47 interceptions) over three seasons, the NFL came calling once again.

It was in 1974 that the Washington Redskins acquired Theismann's rights from the Miami Dolphins for the team's first round draft choice in 1976. After serving as the team's punt returner for the first year, Theismann took over as starting quarterback in 1978. Overall, he played for 12 very successful seasons with the team before a severe leg injury in 1985 ended his professional career. Just two months after he broke his leg, he intended to keep playing and signed a two-year contract with the team with a base salary between $500,000 to $650,000 per year and a guaranteed signing bonus of more than $1 million, much of it deferred, after making just $405,000 the previous year. But the injury forced him to retire, and he would collect around $1.4 million from a Lloyd's of London insurance policy he'd purchased a few years prior.

Joe Theismann had three children—Joseph Jr., Amy, and Patrick—with his first wife, Shari Brown. They divorced soon after his devastating injury, and Joe began a seven-year relationship with TV personality Cathy Lee Crosby. In 1991, Crosby sued for $4.5 million touching off a counter suit involving expensive estates. Several months later, the suits were settled. A second marriage, this time to Miss Connecticut winner and Miss America contestant Jeanne Caruso, ended in divorce after just three years in which Theismann was ordered to pay $1 million of marital property and $3,500 a month in alimony. Joe Theismann then married Robin Smith, and the couple has homes together in Virginia, Tennessee, and Florida.