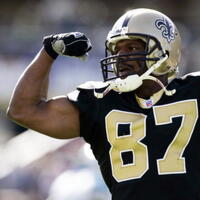 Joe Horn Net Worth: Joe Horn is a retired American professional football player who has a net worth of $15 million. Born in Tupelo, Mississippi, Joe Horn played college football close to home at Itawamba Community College. After college, Horn worked at a Mississippi fast food joint, but eventually found himself in need of money and began working out in hopes of attracting attention from a pro football franchise. He eventually landed a deal with the Shreveport Pirates of the CFL and was traded to the Memphis Mad Dogs. Soon after, the Kansas City Chiefs drafted Horn during the fifth round of the 1996 NFL Draft. He played with the Chiefs for four seasons before landing a free agent deal with the New Orleans Saints in 2000. Horn played in New Orleans from 2006; he spent one season with the Atlanta Falcons in 2007 after singing a four-year, $15 million contract with the team. Horn announced his retirement from pro football on June 25, 2010, two days after singing a contract with the Saints. He finished his pro career with 603 receptions for 8,744 yards and 58 touchdowns in 163 NFL games. Horn was part of a lawsuit filed against the NFL, alleging the league failed to protect and treat players from head injuries. Horn has six children with his wife and is the owner of his own line of barbecue sauces called Bayou 87.