Jimmy Garoppolo Contracts: In February 2018, Jimmy signed a new contract that will make him the highest paid player in the NFL. His five-year $137.6 million contract averages $27 million per year. He will make $500k more than the previous highest-paid player Matthew Stafford. The deal includes $74 million in guaranteed money and $90 million in the first three seasons, which is also an NFL record. Between June 2017 and June 2018, Jimmy earned $36 million. 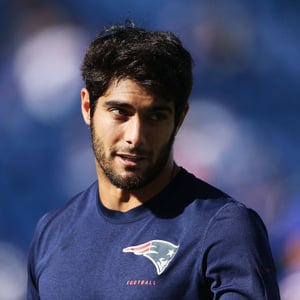