Jim Plunkett net worth and salary: Jim Plunkett is an American former professional football player who has a net worth of $8 million. Jim Plunkett was born in San Jose, California in December 1947. He was a quarterback who played at William C. Overfelt and James Lick high schools. Plunkett played college football at Stanford where he won the Heisman Trophy, Maxwell Award, Walter Camp Award, Sporting News Player of the Year, UPI Player of the Year, and was a consensus All-American in 1970. Jim Plunkett was drafted #1 overall in the 1971 NFL Draft by the New England Patriots and played for the Patriots from 1971 to 1975. He played for the San Francisco 49ers from 1976 to 1977 and for the Oakland/Los Angeles Raiders from 1978 to 1986. Plunkett won two Super Bowl Championships and was the Super Bowl MVP of Super Bowl XV. He won AFC Rookie of the Year in 1971 and NFL Comeback Player of the Year in 1980. Plunkett is a member of the College Football Hall of Fame.

In August 2017 Jim revealed that his life "sucks" because of the constant pain he feels from playing football. He explained that he had undergone 18 surgeries to repaid his back. He now has artificial knees and shoulder. 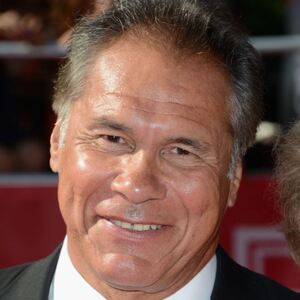