Jim McMahon is a former American National Football League (NFL) player who has a net worth of $15 million. Jim McMahon has earned his net worth from his long career as a professional NFL football player with the Chicago Bears, San Diego Chargers, Philadelphia Eagles, Minnesota Vikings, Arizona Cardinals, Cleveland Browns and the Green Bay Packers. Jim was born on August 21, 1959 in Jersey City, New Jersey his family moved to San Jose, California when Jim was only three years old. He attended Andrew Hill High School in San Jose and played football his freshman and sophomore years. Then he went to Roy High School in Roy, Utah his junior and senior years where he also played football. He graduated in 1977, and went on to be the punter of the football team at Brigham Young University commonly known as BYU (and sometimes as just the Y) which is a private university located in Provo, Utah. In 1978 he was elevated to the position of starting quarterback, and led BYU to a victory against CSU. This 6 foot 1, 195 lb. quarterback, last played professional football in the NFL in the 1995-1996 season for the Green Bay Packers. Since his retirement from the NFL in 1997 McMahon has been a restaurant owner and motivational speaker, as of 2009 he has been an endorser for a male enhancement product He visited the troops on Iraq with the USO in December of 2006, and became the part owner of the Indoor Football League's, Chicago Slaughter in 2010. He appeared in an episode of the TV series The League in 2012. 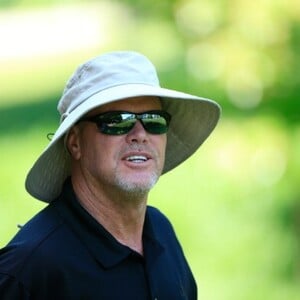