Jim Kelly Net Worth: Jim Kelly is a retired American professional football player who has a net worth of $25 million. He is best known for his eleven-year career with the Buffalo Bills, but he also played two seasons with the Houston Gamblers in the United States Football League. During his time with the Bills, Kelly popularized the "K-Gun" offense, primarily relying on no-huddle shotgun formations. This proved to be quite effective, and Jim led the team to incredibly high-scoring achievements.

Kelly broke records when he helped the Bills reach four consecutive Super Bowls from 1990 to 1993, although they lost each of these games. One of the few Bills players to have his jersey retired, Jim was eventually inducted into the Pro Football Hall of Fame in 2002. He retired in 1996.

Early Life: James Edward Kelly was born on February 14th of 1960 in Pittsburgh, Pennsylvania. During his high school years, it quickly became clear that Jim was destined for a future career in professional football. During this period, he won all-state honors and threw for almost 4,000 yards. He also threw 44 touchdowns and a single interception during his time at high school. In addition, Kelly played basketball and performed almost as well as he had done on the football field.

After graduating from high school, Jim was offered a number of scholarships, including one with Penn State University. However, Kelly chose the University of Miami instead and helped the school develop its football program considerably. During his college years, Jim threw for over 5,000 yards with 33 touchdowns.

Career: Jim Kelly began his career with the Houston Gamblers after initially being drafted by the Buffalo Bills. Jim had previously told his agent that he would not play for the Bills because he disliked cold weather, but he agreed to sign the contract anyway. However, a strange turn of events saw Jim walk out of the room after receiving a phone call from a general manager of a USFL team. It was later revealed that the USFL had given Kelly free reign over which team he wanted to join.

Eventually, he signed with the Houston Gamblers. He played very well during this period, throwing for almost 10,000 yards with 83 touchdowns. During this period, he took part in the "Greatest Game that No One Saw," which was a match between the Gamblers and the Los Angeles Express. With just under ten minutes remaining, Kelly threw led the team to an epic comeback with three touchdowns during the end of the game.

He officially joined the Bills in 1986, and he spent the next period leading the Bills to serious achievements. He became known for the "no-huddle offense" during this period, which prevented the defense from making substitutions and made them incredibly quick and decisive.

Highest Paid Player In The NFL: In August 1986, Jim signed a five-year $8 million contract with the Buffalo Bills. The deal made Jim Kelly the highest-paid player in the NFL. His $1.6 million annual salary beat out the previous highest-paid player, Joe Montana, by $200,000. After adjusting for inflation, $8 million in 1986 is the same as around $20 million today. Earning $1.6 million back then was like earning $4 million per year today.

Career Earnings: Towards the end of his record-setting five year deal, Jim signed a 6-year $18.65 million deal with Buffalo. That worked out to an average of $3.1 million per season. In total Jim Kelly's NFL career earnings come to just under $27 million. That's the same as around $55 million in today's dollars. 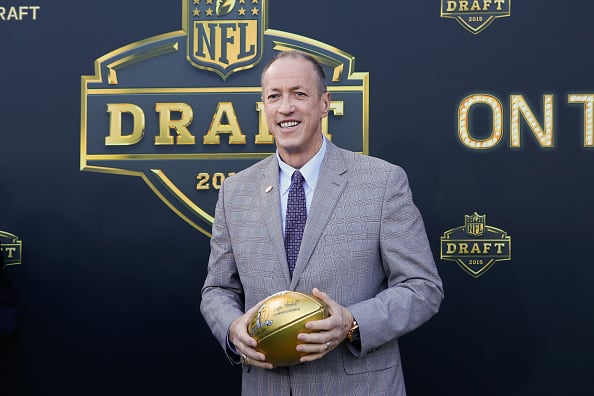 Sale of Buffalo Bills: In 2014, it was reported that Jim Kelly was "prepared to make a bid" to purchase the Buffalo Bills after owner Ralph Wilson passed away. There were many other names connected to the purchase, including Donald Trump and Bon Jovi. At this time, the Bills franchise was valued at around $870 million.

Later, it was revealed that the Pegula family had purchased the franchise for $1.4 billion. This is of course the same family that owns the Buffalo Sabres of the NHL. Jim Kelly was quick to voice his support of the transaction, stating that it was an exciting day for Western New York, and that he was relieved that the Bills would be staying in Buffalo.

Real Estate: In 2009, it was reported that Jim Kelly had sold a home in Orchard Park, Buffalo. However, not much information was revealed aside from this fact. The owner remained confidential, and the exact price was never revealed either. However, the asking price was $589,000, and the home is quite luxurious. Spanning three stories and 4,800 square feet, the residence was build in 1989 with brick and cedar. One year prior, Kelly and his family moved to a home in East Aurora.

In 2007, it was reported that Jim Kelly had sold his home in the neighborhood of Chesdin Landing, which is located in Virginia. The mansion is quite large, with a square footage of 14,554. The residence also sits on 7 acres of land, and it was assessed at a value of $3.6 million at one point. Kelly only lived in this home for a short period of time before selling the property for $2.6 million. After his infant son was diagnosed with a rare disorder, he was forced t relocate back to New York state and sell the home.

He had originally purchased the land in 1997 for $378,000, although it took him quite a long period of time before he finally constructed his custom-built mansion on the lot. Features include a massive entertainment room with a 24-foot wood ceiling, a music area, a wood-burning stone fireplace, and a full-service, 12-person bar with backlights. Outside, there is a 1,700-square-foot swimming pool complex, which includes a bathhouse. The property also features waterfront access to Lake Chesdin.

Health Issues: Jim Kelly has suffered from a number of health issues over the years. In 2013, he was diagnosed with cancer in his jaw. After having the cancer surgically removed, he announced that he was cancer-free. Unfortunately, the cancer recurred in 2014, forcing him to undergo chemotherapy. Later in 2014, he reported that doctors couldn't find any sign of cancer. 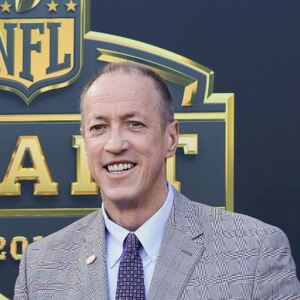