Jevon Kearse Net Worth: Jevon Kearse is a former American college and professional football player who has a net worth of -$100,000. Born on September 3, 1976, in Fort Myers, Florida, Kearse served as a defensive end in the National Football League (NFL) for eleven seasons from the late 1990s throughout the 2000s.

He made his beginnings in the sport back in high school where he mainly played as strong safety and tight end. But in college, standing at 6 feet, 4 inches tall and weighing 215 pounds, Kearse was projected as either a linebacker or defensive back. In his tenure at the University of Florida, he was decorated with All-American honors. After he was selected as first round pick in the1999 NFL Draft, he played professionally for the Tennessee Titans and Philadelphia Eagles. With the Eagles, he played for four seasons between stints with the Titans. While as a Titan, he was a three-time Pro Bowl selection and AP NFL Defensive Rookie of the Year in 1999. Thanks to his unusual speed of 4.43 forty and 86-inch (220 cm) wingspan, along with a 38-inch vertical leap, which we must say impressed coaches, he earned the nickname "The Freak." 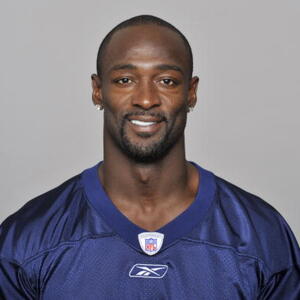