Jerry Kramer net worth: Jerry Kramer is an American former professional football player, sports commentator, and author who has a net worth of $2 million. Jerry Kramer was born in Jordan, Montana in January 1936. He was a right guard and kicker who played his college football at the University of Idaho.

Kramer was drafted #39 by the Green Bay Packers in the 1958 NFL Draft and played his entire career for Green Bay from 1958 to 1968. During that time Kramer won the Super Bowl twice and was a five time NFL Champion. He was selected to the Pro Bowl three times and was a five time First-team All-Pro and a one time Second-team All-Pro. Kramer was named to the NFL 1960s All-Decade Team and the NFL 50th Anniversary Team. He has also been inducted into the Green Bay Packers Hall of Fame. The NFL Network named Kramer the top player not in the Hall of Fame. In 2016 he auctioned off several items including his ring from the first Super Bowl for $125 thousand. 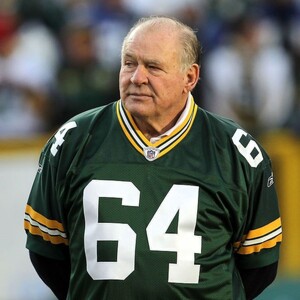