Jerramy Stevens net worth and salary: Jerramy Stevens is a former American football player who has a net worth of $2.5 million dollars. He is best known for playing as a tight end for the Seattle Seahawks and for marrying Hope Solo, a professional soccer goalkeeper on the United States women's national soccer team, on November 13, 2012. Overshadowing his football career were numerous arrests and legal problems.

These problems date back to an assault conviction soon following his graduation from high school, and continued into 2004, when Stevens settled a lawsuit from a University of Washington student who accused him of rape four years earlier. Stevens was also arrested for multiple DUIs, traffic violations, and other incidents since his college football career. Stevens was born in Boise, Idaho and grew up in Lacey, Washington. He played college football at the University of Washington and was among the team's top receivers in the 1999 and 2000 seasons.  In 2001, he and his teammates won the Rose Bowl following an 11-1 season in 2000.He was drafted by the Seattle Seahawks in the first round of the 2002 NFL Draft; in 2005, Stevens became a regular starter at tight end for the Seattle Seahawks and played in Super Bowl XL. Stevens continued to play for the Seahawks from 2002 to 2007 and later played for the Tampa Bay Buccaneers from 2008 to 2010. 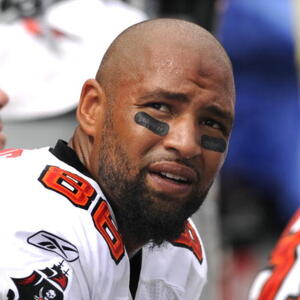