What is Jerome Bettis' net worth?

Jerome Bettis is a former football running back who played in the NFL for 13 seasons. Jerome Bettis has a net worth of $14 million. During his career Jerome earned around $35 million in NFL salaries. Starting out with the Los Angeles Rams in 1993, he was traded after three seasons to the Pittsburgh Steelers, where he spent the rest of his playing career. A six-time Pro Bowler and a two-time First-Team All-Pro, Bettis helped the Steelers win Super Bowl XL in 2006.

Jerome Bettis was born in 1972 in Detroit, Michigan, the eldest of three children of parents Gladys and Johnnie. As a youth, his primary athletic passion was bowling. To make ends meet, he and his brother sold crack cocaine in Detroit. It was at Mackenzie High School where Bettis first became seriously involved in football. Playing as a running back and linebacker, he was rated the top player in the state by the Detroit Free Press in his senior year.

For college, Bettis enrolled at the University of Notre Dame. In his sophomore year, he set a school record with 20 touchdowns in a single season. All in all, Bettis finished his collegiate playing career with 337 rushing attempts for 1,912 yards. He forwent his senior year to enter the NFL Draft in 1993. Later on, Bettis returned to Notre Dame to take various courses for credits.

In the draft in 1993, Bettis was picked in the first round by the Los Angeles Rams. He was a great success as a rookie, rushing for 1,429 yards during his first season. Additionally, he recorded an NFL-best 79 rushing first downs and 38 runs of 10 or more yards. Consequently, Bettis was named a First-Team All-Pro. For both of his first two seasons with the Rams, he was also selected for the NFC's Pro Bowl team.

After the Rams moved to St. Louis and acquired a new coach in 1995, Bettis experienced a drop-off from his previous totals. He made the decision to be traded when the season concluded.

Bettis was traded to the Pittsburgh Steelers with a third-round pick in 1996. In his first season for the team, he rushed for a career-high 1,431 yards and 11 touchdowns, and was again named to the First-Team All-Pro Team. Moreover, Bettis won the NFL Comeback Player of the Year Award, and was voted the MVP of the team. His success with the Steelers continued throughout the ensuing years. In each of his first six seasons, Bettis rushed for over 1,000 yards, including three campaigns of over 1,300 yards. In 1997, he rushed for a career-high 1,665 yards in the team's first 15 games. The same year, he set a then-NFL record with two overtime touchdowns.

In 2001, Bettis led the league with 1,072 rushing yards before he suffered a major hip and groin injury, causing him to miss the remainder of the regular season. Injuries also cost him parts of the 2002 season, while in 2003, he was a backup to Amos Zereoué. Bettis bounced back in 2004, when he landed the sixth Pro-Bowl berth of his career. However, in early 2005, the Steelers lost the AFC Championship Game to the New England Patriots. 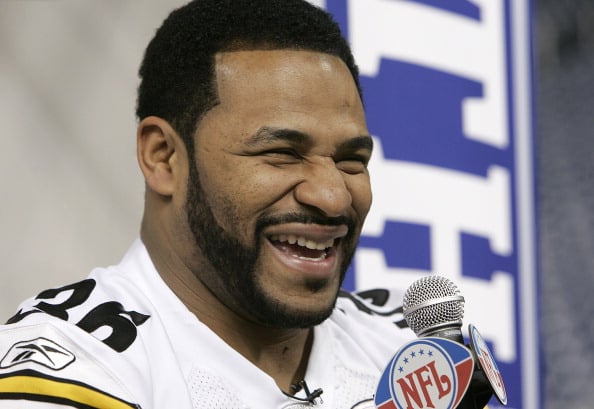 Across the 12 seasons of his NFL playing career, Bettis reached the playoffs five times but never made it to the Super Bowl. This changed in 2006, when the Steelers defeated the Denver Broncos in the AFC Championship Game to make it to Super Bowl XL. At the Super Bowl, held in Bettis' hometown of Detroit, the Steelers beat the Seattle Seahawks 21-10.

After the victory, Bettis announced his retirement while standing atop the podium with the Vince Lombardi Trophy. He finished his professional playing career as the NFL's fifth all-time leading rusher with 13,662 yards and 91 touchdowns. Additionally, Bettis caught 200 passes for 1,449 yards and three touchdowns. He was inducted into the Pro Football Hall of Fame in 2015.

Following his retirement, Bettis received an honorary doctoral degree from Lawrence Technological University in Southfield, Michigan. He then signed on to become a studio commentator for NBC's "Football Night in America" Sunday pregame show, where he stayed until 2008. Bettis also opened a restaurant called Jerome Bettis' Grille 36 on the north side of Pittsburgh. Later on, he began hosting "The Jerome Bettis Show" on WPXI-TV. Bettis has also done NFL analysis for various ESPN programs, including "SportsCenter."

After years of dating, Bettis married his girlfriend Trameka Boykin in July of 2006. They live in Atlanta, Georgia, and have two children named Jerome Jr. and Jada.

Bettis is the founder of his own charitable organization, the Jerome Bettis Bus Stops Here Foundation. Along with other groups, it sponsors the annual Jerome Bettis Asthma and Sports Camp, which is designed for children with asthma. Bettis has also delivered more than 1,000 pairs of cleats to Detroit-area schoolchildren. 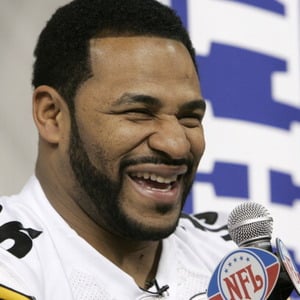