Jeremy Shockey net worth: Jeremy Shockey is an professional American football who has a net worth of $15 million dollars. Jeremy Shockey was born in Ada, Oklahoma and played football throughout high school. His senior year, he was named to the All-District, All-County, and All-State teams in Oklahoma. He went on to attend the University of Miami, where he quickly made a name for himself. His sophomore year he was named to the All-Big East First Team, and his junior year, he led Miami to the state championships. He chose to enter the NFL Draft in 2001, and was subsequently picked up by the New York Giants for the 2002 season. He played well for the Giants from 2002 to 2007. Unfortunately, a broken fibula during the 2007 season, proved problematic, and he was subsequently traded to the New Orleans Saints. He played for the Saints well, but intermittently, until 2010, due to multiple injuries. In 2011, he was traded to the Carolina Panthers, where he proved to be a valuable player. As of 2012, he was a free agent. 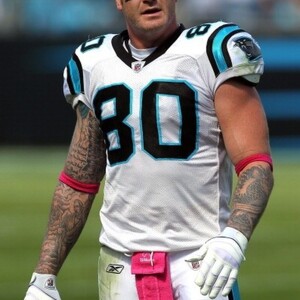