Jeff Ogden net worth: Jeff Ogden is a retired American football player who has a net worth of $1.5 million. During his career as a football player in the NFL, he was a wide receiver, and a kickoff and punt returner in the National Football League.  While in the NFL, Ogden played for the Dallas Cowboys, the Miami Dolphins and the Baltimore Ravens; and ended his professional career playing in 67 games, registering 28 receptions for 304 yards and one touchdown. He played for five seasons and retired following the 2002 season. Ogden's most productive seasons as a wide receiver in 1999 when he caught 12 passes for 144 yards in 10 games. Ogden was born on February 22, 1975 in Snohomish, Washington. He attended Eastern Washington University before playing for the NFL. He currently lives in Austin, Texas and owns a fitness club. He has been married twice; the first one was for just one day, and the second for one month. In 2014, he appeared on the hit Bravo reality series, Millionaire Matchmaker with Patti Stanger in the hopes for find a healthy and successful relationship. 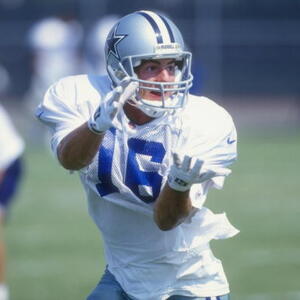